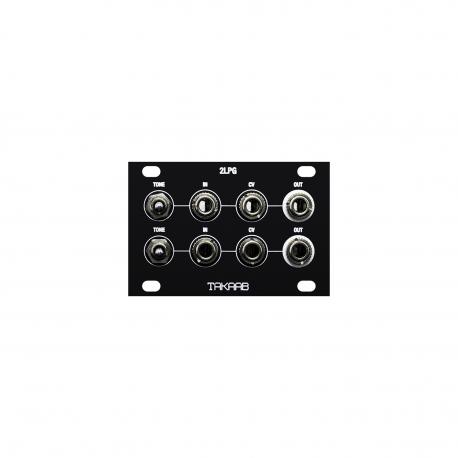 With the ‘Tone’ switch in left position, the sound has some filtering, but higher control voltages can open the filter near-completely. The right position is the dullest, with the most low-pass filtering. Leaving the switch in the centre position gives next-to no filtering although the signal is still somewhat coloured by the circuit.

Passive - does not require power.